Halloween! The holiday evokes memory, the imagination, and for many, the creative spirit. That spirit was alive and well on MTSU’s campus on October 31st, 2018, demonstrated through imaginative costumes inspired by traditional Halloween themes, books, movies, manga/anime, and television. 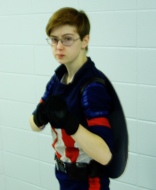 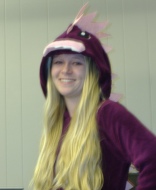 These are just a few of the costumes witnessed yesterday, and here is a big Thank You! to everyone who dressed for the occasion, enlivening the day for all. I’d like to offer an apology to the wearers of the costumes I had to scurry past without taking a picture, and a special apology to a handful of spooks and ghouls who I attempted to photograph in the ill-lit hallways of Peck Hall and the KOM: I’m afraid some of those pictures were unusable.

Text and photos by A. Knox